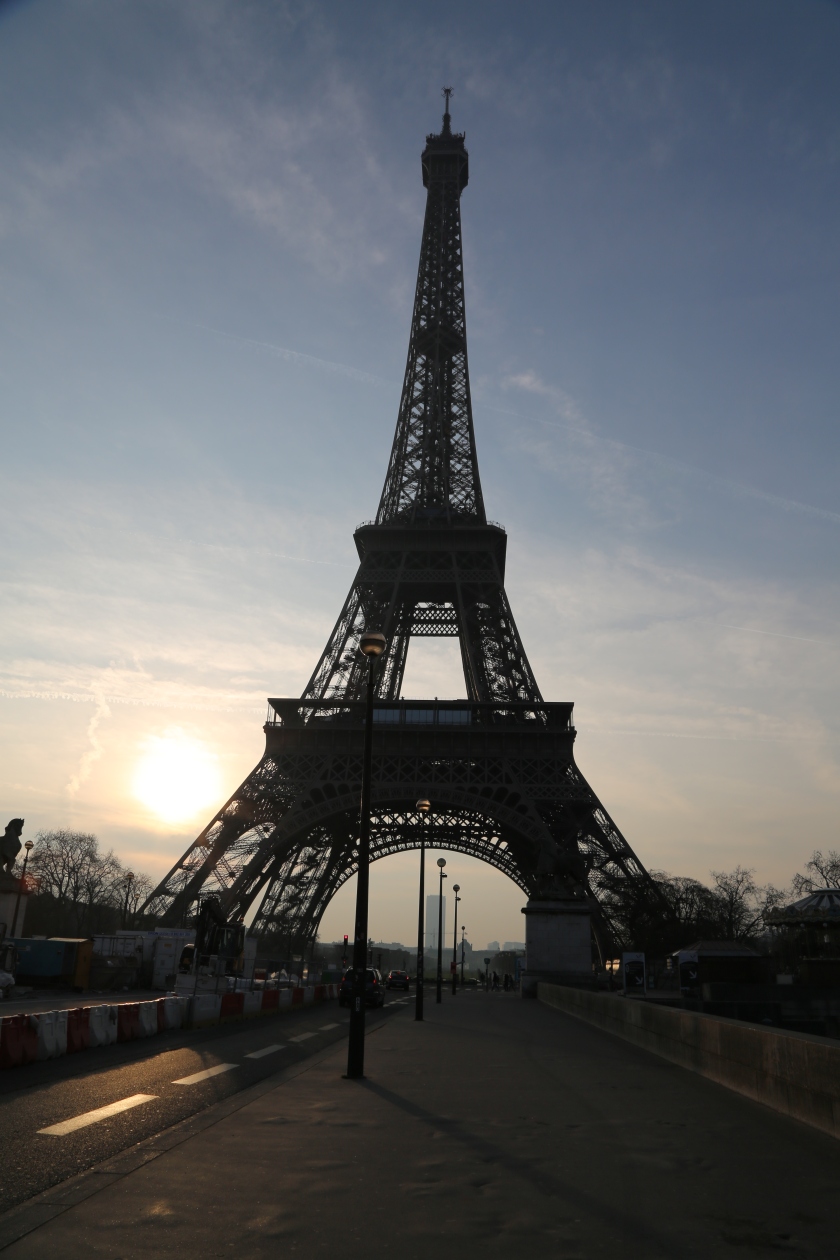 We walked through the airport security doors, wiped our tears and headed through to the lounge. Mixed emotions of sadness and excitement brewed within us both.

It’s amazing what an airport lounge can do for Luc. It’s almost as exciting as the flight. Again, due to my somewhat strict allowances on any indulgences, it is always a compromise. As it was late and we were both a little emotional he also knew he had this one in the bag. The fact he can ‘help himself’ which in his mind means it’s ‘free’ makes it even more exciting.

Now, I won’t go over too much of the flight, except QATAR were a fantastic airline, and we were looked after the whole way. Yes, I had to carefully reprimand the staff when they gave him his fourth gateau from Laduree, and the bar had a small buffet which included a selection of Valrhona chocolates, that had to be policed too, but the food and service was perfect. Luc’s favourite breakfast was the middle eastern one. He loves olives and the fact they were on a breakfast menu with fetta, tomato and cucumber, he thought that was just magic! Beats pancakes any day! We had a great time travelling through Doha, and look forward to stopping for longer on our way back. The airport lounge there was even more exciting as they had a kids electronics room with all the gadgets, and he had it all to himself!! I loved the middle eastern breakfasts they served there too, my kind of food. We didn’t have long and headed back on the plane. One leg down, one to go!

Hour by hour we were getting closer to France, and the butterflies starting to settle in again. It was now well and truly beyond a dream, we were almost there. And not just to our new home in Grasse. Whether you are eight or eighty, there is a lot to be excited about Paris.

The airport itself is wonderful, I have always loved it, from my first time I visited this beautiful city. To share these moments with your child are priceless. He was in awe just as much as I was the first time I arrived.

Driving into the city and getting closer to our hotel, the pressure was mounting. We couldn’t wait to hit the streets as we only 20 hours in Paris before taking our next flight to Nice. We were incredibly tired, but kept the excitement brewing.

To finally be able to see the Eiffel tower was a huge dream come true for Luc. He has built one out of Lego, and was busting to see it. We hopped onto one of the tourist buses as I thought it was a good way to show him the sights with only just a few hours. You must remember we had been travelling for 30 hours, so we were running completely on adrenalin.

As we left the hotel and headed onto the streets his little head was about to explode before we even boarded. People were everywhere, and even I couldn’t remember seeing that many Patisseries and Chocolatiers when I was there last. He had found his mother ship, how was I ever going to get him back to Australia!!! I have never seen anyone so excited, and I am a pretty excitable person! Everywhere shop we past or entered a staff member gave him something. Chocolates, cakes, biscuits, they all thought he was adorable. I was giving in as I needed to buy time to get through the tour before he crashed. Unfortunately it didn’t work. Do you know where he completely crashed? Where he fought and fought to keep his eyes open? It was like watching a tin wind up toy run out of steam. Right in front of the Eiffel Tower! I was devastated! I was trying to be gentle in waking him up, tourists surround us and am obviously judging this mother who should clearly have her little boy tucked up in bed. Luc fell asleep, snoring loudly against some young guys from Denmark. I apologised and they thought it was very cute. They asked why he was so tired? I replied we had just flown directly from Australia. What??? They couldn’t believe we were still standing. I tried to explain how excited we were to come and see the Eiffel Tower. Oh well, we had two hours in the morning if we slept all night and set the alarm for 0530, we would see it then. Now to get off this bus and get back to the Hotel for some much needed sleep.

I didn’t mention the weather, it was freezing!!! Only 5 degrees that day, with a breeze. After leaving the heat of summer in Australia, we had to get up to speed very quickly.

Anyway, time to head back to the hotel. I tried to carry him, but the cool air quickly woke him up getting off the bus, that and the fact we stopped outside a huge Lindt store!! One more chocolate wasn’t going to hurt, and yes, they gave them all to him for free, because he is so cute. He woke up a little but not enough to grab a bite to eat for dinner. It was so beautiful watching everyone having their apertifs, and getting ready to go out for the night. Every café and restaurant table was taken, the weather didn’t stop anyone. It was thankfully sunny, just so terribly cold. As they say, there is no such thing as bad weather, just the wrong clothes! To make our way back to the hotel without getting hypothermia, we did what every foodie does as they walk the streets of Paris, I showed him the food halls at Galleries Lafayette, which was just behind our hotel. It was filled with rows of Chocolatiers, macaron specialists and all the beautiful gourmet delights. His eyes were bulging once again. He just kept repeating how much he couldn’t believe how fantastic Paris was. How could you not be impressed? It was like he was given a part in the Willy Wonka movie. He was just so besotted and taken in, by the food of France. Our stores pale in comparison. This is what we had come for, and I had not failed to disappoint! Wait till he saw where I was taking him the next morning.

When we got to our room, we could both hardly talk. We literally fell into bed, and had a very deep, long sleep. It was only 7pm in Paris and we were completely gone for the night.

The next morning I awoke around 4am. Our Hotel was gorgeous in a wonderful location, so we showered and put as many clothes on as possible. This would be when I discovered that somehow I only had two pairs of jeans and no jumpers whatsoever! What had I done? I had managed to fill a whole suitcase with Lululemon though? Hmmm. One word, layers!!! Luc after being completely shell shocked at how cold it was the day before, did the same. He wore all his thermals we bought for the snow and layered up to. We set off around 7am, and literally had the whole of Paris to ourselves, funny that, on a 2 degrees Sunday morning!

We caught the Metro straight to the Eiffel Tower. We walked out of the Metro and walked around the corner…wait for it, wait for it… WOW! Oh my god Mummy!!!! It’s the Eiffel tower!!! He could not stop with the accolades of how amazing it was. We looked at it from every angle, and yes, it really is amazing. At that moment, the same as the first moment he laid eyes on all the food stores, I felt that my investment in this year away had been returned doubly. He was completed and utterly in awe. It was a huge moment of relief and pride rolled into one. It is a huge undertaking to take your eight year old to the other side of the world, and it was exceeding all my expectations of how much he would enjoy it, I couldn’t have been happier with my decision. WE were really living life to the full. We were doing it, not just talking about it, we were also frozen!! Our hands were completely red raw as I was trying to take photos and I had bought him a hot crepe to keep his hands warm and tie him over till breakfast.

I had a life long plan to eat at The Rose Bakery. It’s in a gorgeous part of Paris which is a foodies delight. It is all organic and they make beautiful fresh salads and tarts. Kind of like a small Ottolenghi for those that haven’t heard of it. Their commitment to organic produce is what I loved about it and had owned their cookbook for 12 years, and not ever been there. We went there after a few minor transport hiccups, and not before we turned blue! Wrong directions, iphone freezing up due to the cold, not being able to remember the address with said iphone out of action, taxi driver not understanding us etc. and time ticking away! Our car was picking us up at 1030 for our flight to Nice, we had to get a move on! We arrived half an hour before they officially opened and grabbed everything we could. Beautiful salads, hot scones, hot chocolate for Luc, fresh juices and a great coffee with house made almond milk. Crates of beautiful organic produce lined the floors as you walked in. Broccoli tarts and pizzas out of the oven on the tables. Space is at a premium here and I understood what that was like, I too, own two cafes with no spare space. It was comforting to know I wasn’t alone! If we didn’t have 6 suitcases I would have bought so much food, it was probably a good thing I couldn’t. Every store on the road heading back to the hotel was literally spilling with amazing produce. Butchers, bakers, cheese shops, fruit and veg, one shop just sold choux puffs, another macaron. Shop after shop, and we were running late!!! The kids was a mini me, finding it impossible to draw his eyes away from every window we passed. We really were in heaven. This was foodies heaven. We had arrived…

Hello! I am a 45 year old Mum of a beautiful eight year old son called Luc, from Melbourne, Australia, I am leaving behind two organic cafes in very capable hands to follow a lifelong dream. After selling the family home, we have both decided to throw caution to the wind, pack our bags and move to Grasse in the South of France. Can we speak French? No. Do we know anyone in France? Ahhh, no. But we would invite you to follow our adventures as we discover whether the Grasse is really greener in the South of France. We promise there will be many stories of food, fun and frivolity to be told. View all posts by thegrasseisalwaysgreener

One thought on “From Paris, with love.”